Merrilee Elliott, of the Lexington Philharmonic does a Jimi Hendrix imitation of the burning violin ( a la Jimi in Monterrey) on tuesday January 28, 2003 in Lexington,Kentucky. The cover of one of Rolling Stone magazine's 20th-anniversary issues features an enduring image of the Sixties: Jimi Hendrix fanning the flames on his guitar after torching it at the conclusion of his scorching performance at the Monterey (Calif., U.S.) Pop Festival on June 18, 1967. 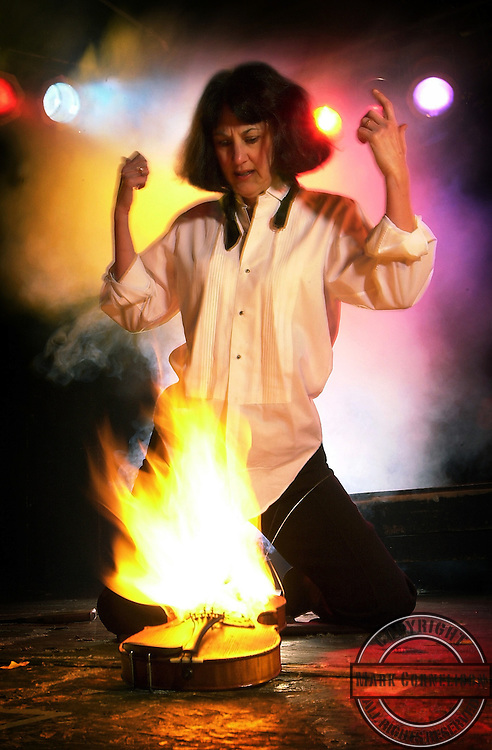